Stage Left and Right: Modeling Civil Discourse in the Classroom Through Fictional Presidential Debates Between FDR and Reagan

Franklin Roosevelt—the arch liberal president of the twentieth century—and Ronald Reagan—the face of modern conservatism—remain two of the most influential presidents in American politics. Both impacted policy and politics for decades and in ways that continue to reverberate today. In an attempt to examine the influence of FDR and Reagan in ways that are accessible to our students, we twice taught a class titled FDR and Reagan: What the Greatest Presidential Debate in History Can Teach Us About American Politics ... and How We Can All Get Along. This class asked students to perform fictional presidential debates between the two presidents on foreign, economic, and social policies. The emphasis on role-playing and debate allowed students to conduct deep background research while also encouraging them to inhabit the character of each president. Thus, they were able to immerse themselves in each one’s vision for the nation. Most importantly, this method allowed them to explore how it is both possible and necessary to have rational and respectful political discourse: FDR and Reagan came from opposite ends of the political spectrum and yet, by the end of the course, our students could appreciate that they were both transformative and effective leaders. Both were great communicators able to articulate their visions for the United States. Exploring the meanings of liberalism and conservatism through these methods encouraged greater empathy for opposing political viewpoints in our students. By analyzing the methods and outcomes of our course in this paper, we hope that history teachers might consider similar models to help our students bridge the current political divides which afflict the nation. 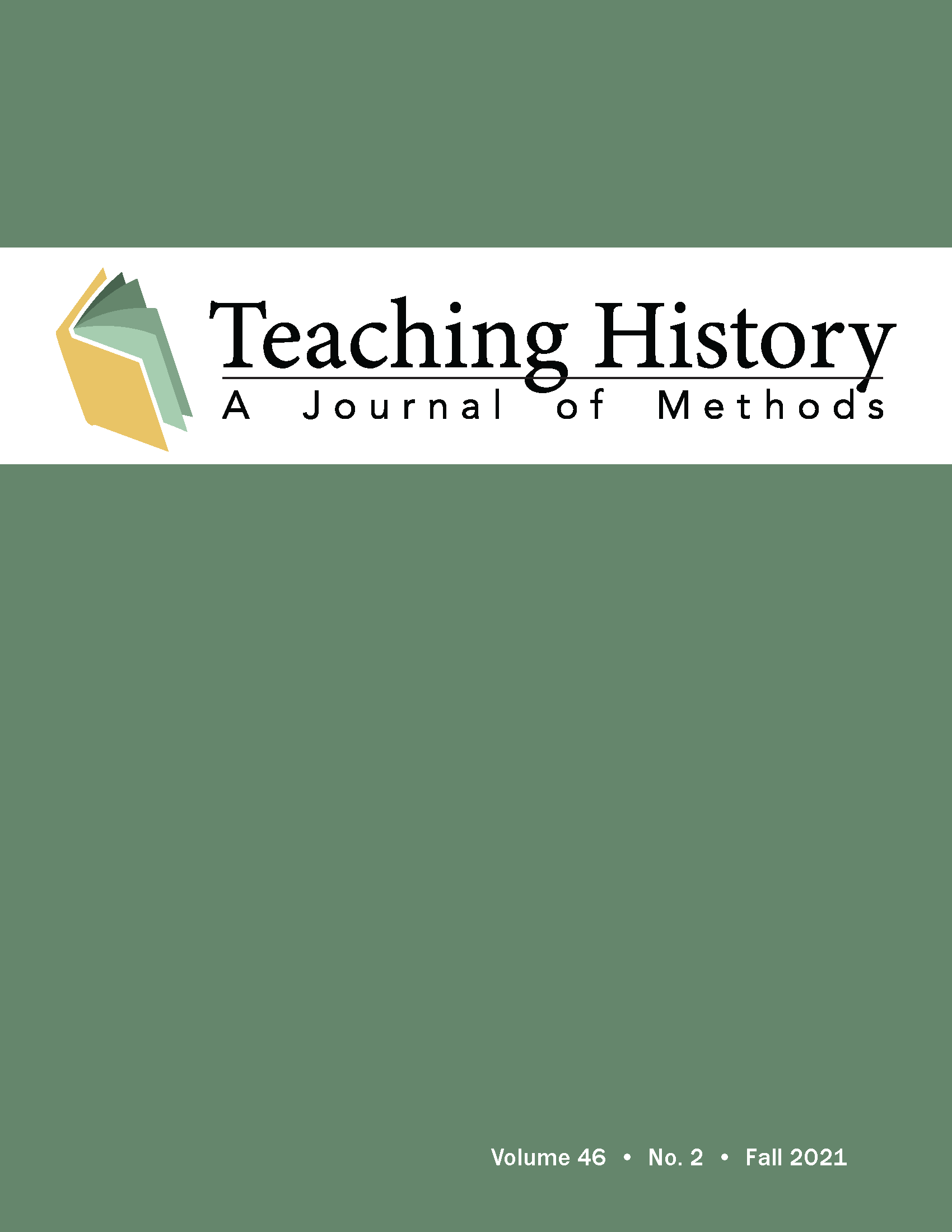 This work is licensed under a Creative Commons Attribution-NonCommercial-NoDerivatives 4.0 International License.

By submitting to Teaching History, the author(s) agree to the terms of the Author Agreement. All authors retain copyrights associated with their article or review contributions. Beginning in 2019, all authors agree to make such contributions available under a Creative Commons Attribution-NonCommercial-NoDerivatives 4.0 International license upon publication.

Teaching History: A Journal of Methods is an open-access journal serving historians and history teachers. Since 1976, our articles have emphasized the use of primary and secondary sources in classrooms and the impact of specific strategies and practices on student learning.

To subscribe and receive notifications when new issues of Teaching History are published, simply register here and check the relevant box.